What's On
What's On
The Permanent CollectionSnowcarver 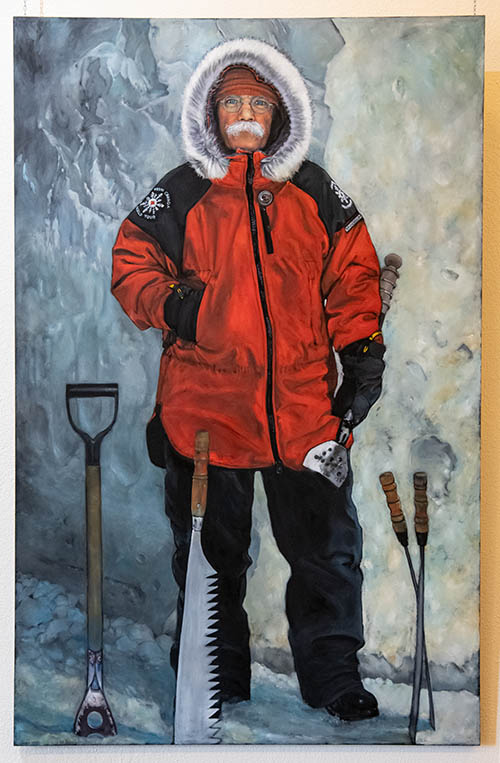 Snowcarver is part of Suzanne Paleczny’s Artists at Work series, a body of painted portraits depicting Yukon artists within the spaces where they create. Monumental in size and rendered with photorealist detail, Paleczny captures the essence of her subjects, in this case, the artist Donald Watt. Known internationally for creating snow sculptures, Watt stands proudly with his tools before a wall of snow. In anticipation of beginning the carving process, the snowcarver gazes contently outward and occupies a pronounced position, his red parka in stark contrast to the cool-tones that make up the snowy exterior. Arresting in its realism, Paleczny’s portrait invites the viewer into a contemplative moment of an artist at the threshold of creation.