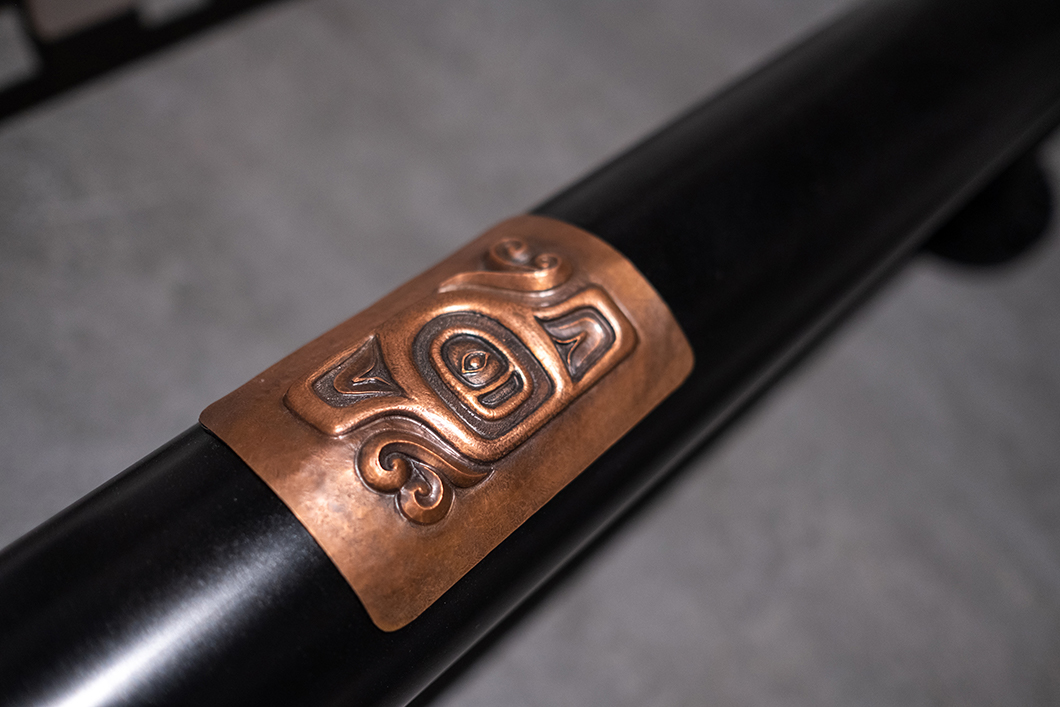 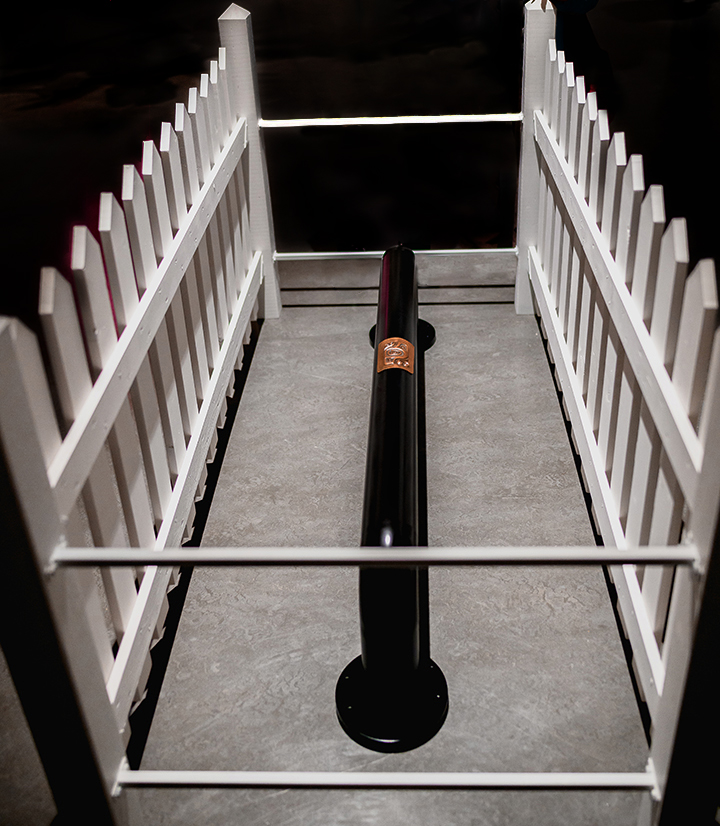 I wouldn’t want one through mine…

The Yukon Arts Centre is honoured to welcome this major work by Ken Anderson to our collection.

This piece was created as part of the exhibition, To Talk With Others, which responds to the minutes of a meeting in August of 1977 between Prime Minister Pierre Elliot Trudeau and five Yukon First Nations leaders regarding the then-approved Mackenzie Pipeline. Held in the Tr'ondëk Hwëch'in archives, this document illustrates the ongoing dichotomy of two opposing cultures and ways of understanding economic, social and cultural development with the land and its inhabitants.

The title of Anderson’s work, I wouldn’t want one through mine… alludes to a quote within the meeting minutes from the Prime Minister. When referencing the pipeline, Trudeau says he “wouldn’t want one through my backyard” but then questions if all of the Yukon are the First Nations’ backyard. Responding to this question, Anderson’s work provokes us to consider Indigenous self-determination, land rights and at what cost industry flows through the land.

Born in Whitehorse, Yukon, Ken Anderson is of Tlingit and Scandinavian ancestry. He believes that art is about passion and the creative process.

Anderson works in a traditional Tlingit style. He enjoys the challenges of composition and creating balance within his art.  He believes that art should be interactive and representative of a living culture. Anderson credits his grandmother and the old masters, as his inspirations. He also believes that an artist should respect the artistic legacy that he/she is carrying on.