About
About
NewsWill Stroet: from study hall to the stage

Will Stroet: from study hall to the stage

Will Stroet didn’t expect his degree in education would lead to a career in entertainment, but that’s how it worked out for the Vancouver-based children’s performer.

“When I was studying to become a teacher, I had this very specific moment,” says Stroet over the phone from Calgary, where he performed at BreakOut West Kinderfest in early October. “I was preparing a language arts lesson (for an education class at the University of British Columbia). I was at home and I was thinking ‘how can I make this unique?’”

Stroet landed on writing a song instead of a lecture. When he took his guitar into class the next day to perform, it was a hit with his classmates.

“It was at that moment that I realized, okay, well, there's great potential to marry these two worlds of music and education.”

Stroet carried that practice into the classroom, where he worked as a French immersion teacher for a few years, before he took a leave of absence to see if he could make it as a musician. That was 15 years, 11 albums and a Juno nomination ago, so it’s safe to say the answer was yes.

Stroet (who performs as Will’s Jams) will bring his brand of bilingual rock-pop tunes to the Yukon this month for a comprehensive tour of the territory. In addition to a show at the Yukon Arts Centre mainstage on Oct. 15, he’ll visit elementary schools in Watson Lake, Teslin, Carcross, Whitehorse, Carmacks, Pelly Crossing, Mayo and Dawson City.

This will be Stroet’s fourth visit to the Yukon, but his first in the winter and his first as part of the Every Student, Every Day program, sponsored by Victoria Gold Yukon Student Encouragement Society, an initiative that supports student attendance projects. 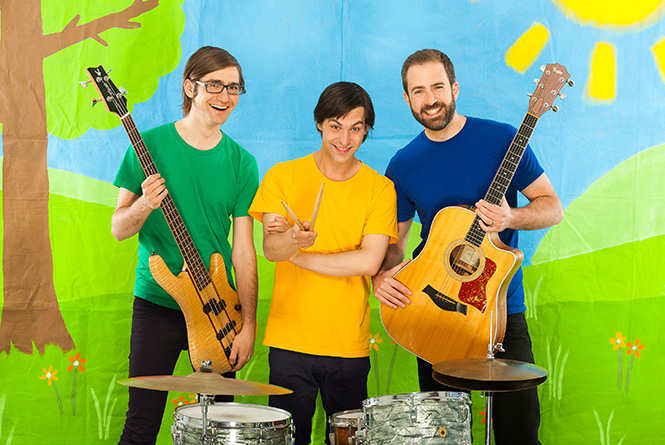 “Touring artists to communities requires extensive resources, often beyond what arts organizations and schools can afford,” says Michele Emslie, director of programming at YAC. “So having this support [from Vic Gold] will provide the opportunity for these students and their community to experience Will’s music.”

Emslie says programming like this is important because exposure to the arts has a positive impact on kids and their communities.

“Especially children in rural communities who do not get as much opportunity to see live performing arts as students in other jurisdictions,” she says. “We can all remember a moment growing up when an artist visited the school and provided a memory or experience that has lasted a lifetime. Every student should be able to experience the joy and fun of a live performance, no matter where they live.”

An added bit of excitement to this fall’s tour is that Stroet has a new album coming out on Oct. 21, so he’ll be performing some new songs for the first time ever. A collaboration between Stroet and Jessica “Seeka” Holtby (of Seeka Sings), the record, titled Will et Seeka: Amis avec tout le monde, blends French, English and education.

Stroet says his goal with French language songs is to write them in such a way that they’ll make sense to new learners of the language. He says one of the things he found when he was starting out as a teacher was that a lot of the French educational songs available at the time were better suited to those who had already learned the language than it was to those who were learning.

Stroet tries to strike a balance so all listeners can understand and participate. One of the ways he does this is by incorporating interactivity. Not only does movement help support and cement the learning, it’s just more fun that way, he says—in class and onstage.

“I bring a lot of that to my live show,” Stroet says. “At YAC, kids and families are not just going to be sitting there watching a show for 50 minutes or whatever. It’s very much an experience where everyone is taking part … one of the things that I try to do, especially with my public shows, is exhaust kids so much that they'll go home and have a big nap for their parents.”

Tickets are $10 and are available at yukontickets.com.