About
About
NewsRyan McMahon live podcast recording kicks off ALFF

Comedian Ryan McMahon is doing a live taping of his Red Man Laughing podcast at the Yukon Arts Centre on Jan. 30

Ryan McMahon calls his own show “the worst named podcast on the Internet,” but he also calls it the best thing he’s ever done, professionally.

“The best thing I ever did was publish my own work and take charge of my career in that way,” says the Winnipeg-based Anishinaabe comedian and host of Red Man Laughing. “I think a lot of people in podcasting have that same trajectory.”

That trajectory will bring McMahon and his podcast to the Yukon Arts Centre on Jan. 30, where it will be the kick-off event for the Available Light Film Festival.

McMahon says his live shows differ from the recorded podcast in that they’re more performative and more visual, but he says the performance is still true to what the podcast is about, though that itself has changed over the years.

In the 2000s, McMahon was working as a comedian, which meant a lot of time on the road. That wasn’t compatible with his home life, where he was raising a family. He’d also been through the process of film and television development before and wanted to focus on something that gave him greater freedom, as well as the opportunity to write more. McMahon has a degree in theatre, but onstage, he was always working with someone else’s words. He wanted to develop his own.

At the time, he didn’t know what the proper venue was for it. He had a tumblr, and facebook and myspace were around, but none of them felt right. When he found out about podcasting, still in its early days in 2011, something clicked.

“At the risk of sounding a little too airy-fairy, it was a dream come true. It really was. It was a chance for me to do what I wanted.”

McMahon’s audience quickly grew to 30,000, but it was when he started bringing guests on to discuss Idle No More that he says he realized what the program could do, beyond giving him a place to hone his craft.

“Then it occurred to me I had people paying attention, so why not use it to send out info to folks?” 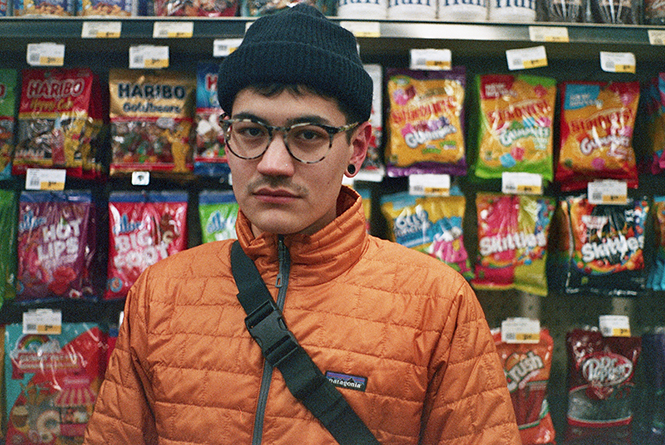 Jeremy Parkin is an indigenous music producer from the Kwanlin Dün First Nation.

In that way, Red Man Laughing became about colonization in Canada and moved beyond the traditional podcast format to include documentary features, book features, guests and variety show bits. McMahon toured it live. It was also broadcast as a CBC national comedy special.

“I let it be a reflection of where I’m at, at the time,” says McMahon. “It’s a pretty big privilege and responsibility and both of those things are not lost on me.”

Andrew Connors, artistic director of ALFF, says the society is honoured to host McMahon and various other artists for more than 80 events from Jan. 31 to Feb. 9.

Several of those films were among the top 10 films of 2019, as chosen by the Toronto International Film Festival, including Zacharias Kunuk’s One Day in the Life of Noah Piugattuk, Anne at 13,000 ft., Murmur, The Twentieth Century and White Lie.

Some of the filmmakers involved in ALFF offerings are also participating in McMahon’s performance. He’ll feature local musician Jeremy Parkin and Marie Clements, director of Red Snow. Her film, set in the Northwest Territories and Afghanistan, will be shown at the festival’s opening night gala on Jan. 31. Actor/director Michael Greyeyes will also be interviewed at the podcast.

McMahon says amplifying local voices is one of his favourite things about touring the show, which started out as what he calls “a dumb little podcast.”

“Now it’s the best thing I’ve ever done for myself,” he says. He says people get into podcasting for different reasons—as a hobby, a tool for change, or a business.

“I think it’s interesting when they intersect because, in a lot of ways, when people get hooked on self-publishing they discover the passion can be a hobby and it can be a business and it can create a tool for change.”

Tickets for McMahon’s show can be found here.