About
About
NewsAre you with the band?

Are you with the band?

Samajam performs at the Yukon Arts Centre on January 28.

You don’t need to be a professional musician to be part of the band. You just need to be in the audience when Samajam performs at the Yukon Arts Centre on Jan. 28.

“You can just sit there, but seeing everybody else participate will make you realize you’re missing out if you’re not at least trying it,” says Michael Lecomte, a Quebec-based musician who makes up one half of the Samajam duo that will be appearing in Whitehorse this month. Lecomte is speaking over the phone from Cranbrook, B.C as Samajam makes its way west. “Give a chance for that little child inside of you to express him or herself. Just give yourself a chance to try something you wouldn’t normally do.”

Samajam is the perfect place to explore the unexplored because the performance itself is out of the ordinary. The show, which is geared towards families, encourages audience participation by handing out percussion instruments, including drums, sticks and shakers, and leading the crowd in a quick lesson before integrating them into what Samajam bills as “a participatory music show.” Together, Samajam and the crowd collaborate to create songs. 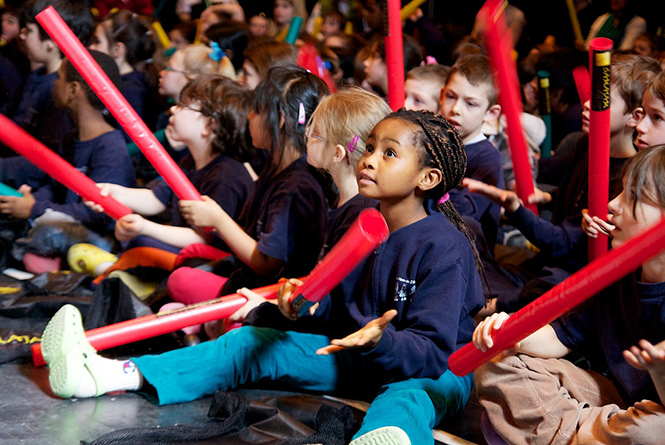 “It’s an event that can just spark more interest and maybe they might want to give it a try and get some music classes … it gives you an hors d'oeuvre before the main course so you get to choose, would you like to eat more of it, or not? It whets your appetite.”

That’s what happened with Samajam itself. Lecomte says he joined the group around 2008. At the time, Samajam was a loose social event organized by people who enjoyed playing percussion together. Every Sunday they would get together at Mount Royal for a djembe celebration. Eventually, the experience evolved into classes, performances and work with kids’ organizations.

In the last 12 years, Lecomte says he has travelled with Samajam to Ontario, Manitoba, Saskatchewan. Alberta, Labrador, New Brunswick, Japan and China, the latter of which he’s been to five times. There are people in China, he says, who will follow Samajam to various venues as they tour.

“We can connect with anybody in the world with the music that we make. We don’t really need to speak their language,” says Lecomte. “It’s not just the music, but the sense of being part of something together, which can be rare today.

“In this era, where people find entertainment in anything that’s virtual, their tablets, their phones, or any other device, I think it’s fun to go back to the basics of just being together.”

He also thinks it’s fun to flip the script on the audience and give them a chance to be centre stage (some choose to come up onstage to dance).

“You don’t need to be a superstar or kind of envy those who are when you can be one yourself and show others the fun that comes out of it … kids get a chance to be in the spotlight. They could be our superstars of the future.”

There are no requirements to be part of the band, but Lecomte has two pieces of advice for those planning to attend—come with an open mind and a full stomach.

“You need energy!” he says, laughing.

Tickets are $10 and can be purchased here.