About
About
NewsA stressful show

Rick Zuran’s first ever exhibition is the result of stress, but not the kind you might imagine.

His photographs, on display at the Yukon Arts Centre from July 2 to August 15, depict literal stress—cracks in a lake that occurred when snow and ice melted and froze, creating lines and layers that look like glittering, abstract galaxies.

Zuran, who lives in Marsh Lake, says he took the pictures that comprise his exhibition, The Last Ice Show, on a warm spring day in 2019. He had plowed a light dusting of snow from the lake and was skating on it when he found himself fascinated by the intricate patterns in the ice below his blades.

They reminded Zuran, who works as a geologist, of the structural features in rock that also intrigue him (“I’m a rock reader,” he says. “If you know what to look for, you can understand how things are formed”), so he grabbed his camera.

Over the next two days, he took 80 photos of various formations, the kind he says you only see once every 10 years. They were caused by a thicker bottom layer of frozen water interacting with a thin upper layer of snow that melted to create a network of silvery ribbons over the deeper stress fractures in the darker layers beneath.

Some of the images Zuran produced look like highways to planets in space. They’re surreal, with a kind of dreaminess he says he was lucky to find due to a combination of flash freeze/thaw conditions and the perfect lighting.

“It’s Mother Nature doing the art and I just captured it on a camera.” 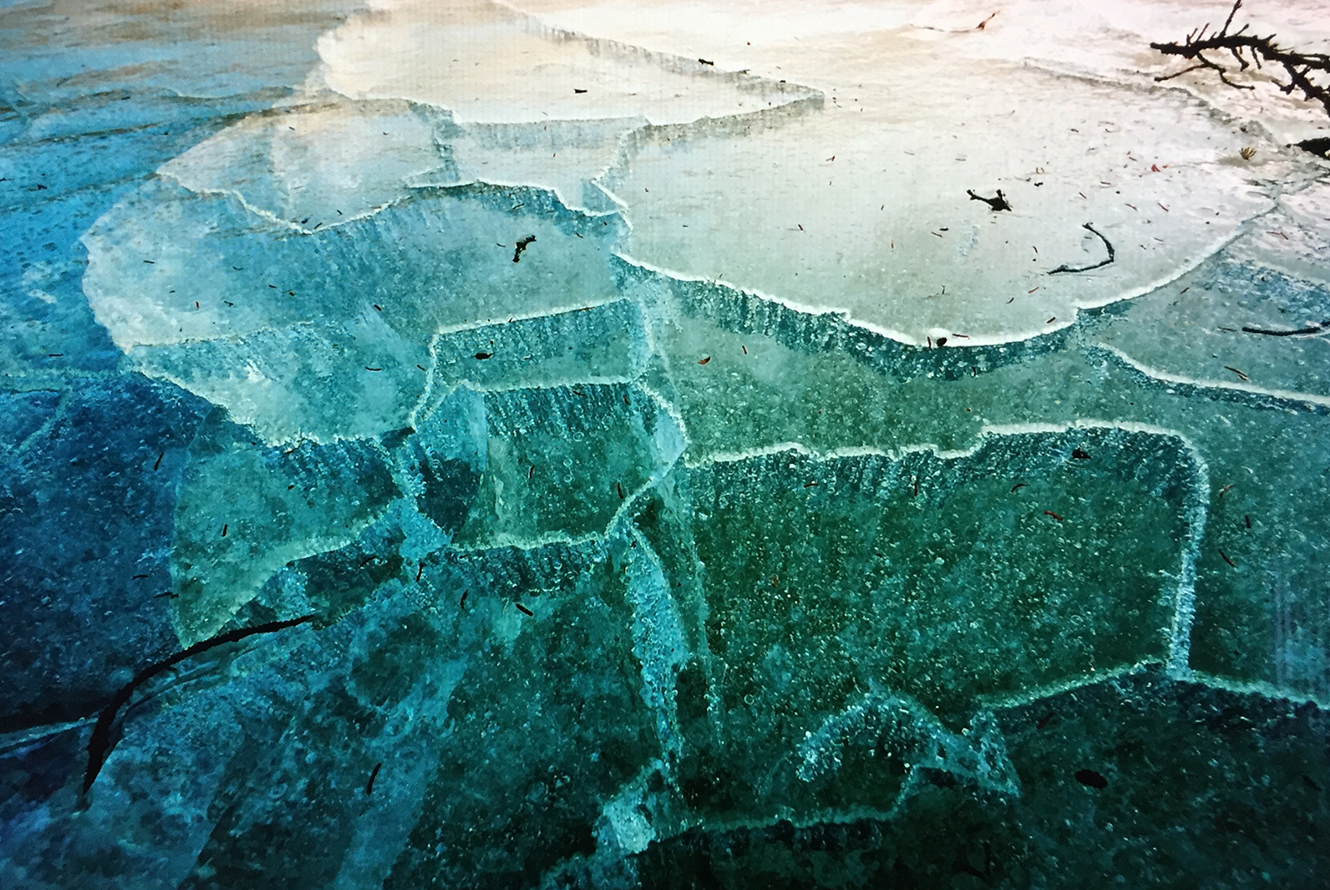 A handful of those captures make up The Last Ice Show, hanging at the Yukon Energy Community Gallery.

“Paris 3105 AD” looks like a map of a city, with walls and parapets in blues and yellows. “Structural Insanity” looks like a frigid mountain range, while “Frozen Dentures” cuts a line through the ice that’s as jagged as a shark bite.

Speaking on the phone about his work, Zuran is excited. He didn’t realize that, as an artist, after you hang your show, people want to ask questions about it.

Photography has always been a hobby of his, but not one he’s shared to this extent, even though he’s been taking photos since he was eight years old.

He says he really got into it while attending the University of British Columbia for geological sciences. There, he found an abandoned darkroom and taught himself how to take and develop pictures. Exploring the arts felt like a natural extension of his interest in science.

Moving forward, Zuran says he can see doing a similar exhibition with rock (he’d love to do a lapidary show), incorporating what he’s learned from this experience, as far as mounting materials and framing.

Click here to book an appointment to view the exhibit.