About
About
NewsA birthday bash for the family

A birthday bash for the family

If you’re young at heart, nothing makes more sense than combining your 30th birthday party with a children’s festival. That’s why the Yukon Arts Centre is celebrating three decades during its annual Midnight Sun Moppets Children’s Festival, taking place Sunday, May 29.

“It’s definitely going to be worth the trek up the hill,” says Michele Emslie, director of programming at YAC. This is the third year for the festival, which started out as a downtown-centric event that moved between multiple locations. This year, the anniversary was part of the reason for moving the party up to the arts centre, where the afternoon will be packed with free activities and entertainment from 10 a.m. to 4 p.m.

To kick things off, beginning at 10 a.m., local artist Nicole Bauberger will lead a monster-making workshop that will culminate in a parade, led by Vancouver’s Tiny Islands Brass Trio. Emslie says kids who want to take part in the parade are encouraged to bring a backpack, as backpacks provide a prime attachment point for monsters big and small.

Your kids can help build a giant cardboard castle. Photo by Mike Thomas

There are also two stand-up comedy shows from Rain City Improv. The Vancouver-based troupe focuses on unscripted comedy theatre geared towards audiences aged 5 to 18. Audience suggestions and volunteers play a huge part in the show’s direction, with performers adapting to engage diverse crowds through collaboration and creativity.

There is no pre-registration required for any of the many workshops, which include tie-dye and sunflower planting stations. Marie-Hélène Comeau will lead a lino-cut printmaking workshop and Maya Rosenburg will teach kids to make fabric finger puppets. Whitehorse artist Michel Gignac is going to help kids build a giant castle out of cardboard appliance boxes. Emslie says this activity was such a success last year, YAC had to bring it back in 2022.

For those who prefer to watch rather than participate, there’s going to be a pop-up gallery opening for a collaboration between Jeremy Parkin and Cole Pauls. Emslie is particularly excited about this because it’s the end result of YAC’s February call for ideas for micro-commissions.

“It’s so cool,” says Emslie of the opening, which is part of the festival, but also a standalone event. “Cole is a First Nations illustrator from Haines Junction and Jeremy is a local hip-hop artist, writer, singer and instrumentalist. They knew of each other, but they’d never worked together before and it’s turned out to be a very fruitful collaboration.” 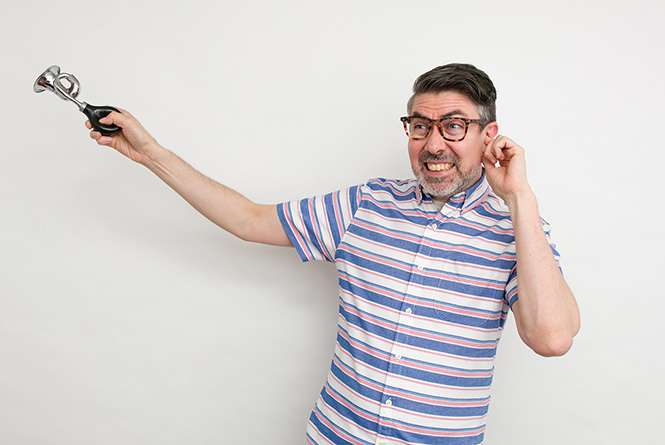 Of course, no birthday celebration would be complete without party snacks, so there will be foods trucks onsite, as well as cake for all attendees. Everything is free, except for snacks from the trucks, says Emslie. The only thing participants need to bring with them is time.

“I would suggest that people are probably going to spend more time here than they think,” she says. “They’re going to leave totally fulfilled and extremely tired from so much fun. The 29th is the actual day the Yukon Arts Centre opened, so that’s something for the whole community to celebrate.”