What's On
What's On
The Permanent CollectionShadow 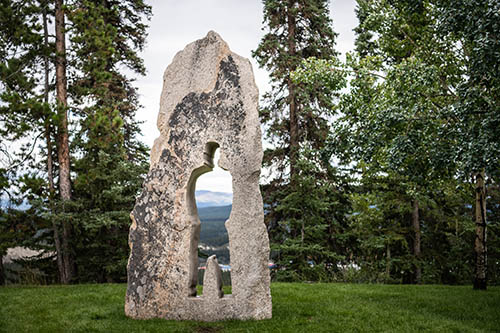 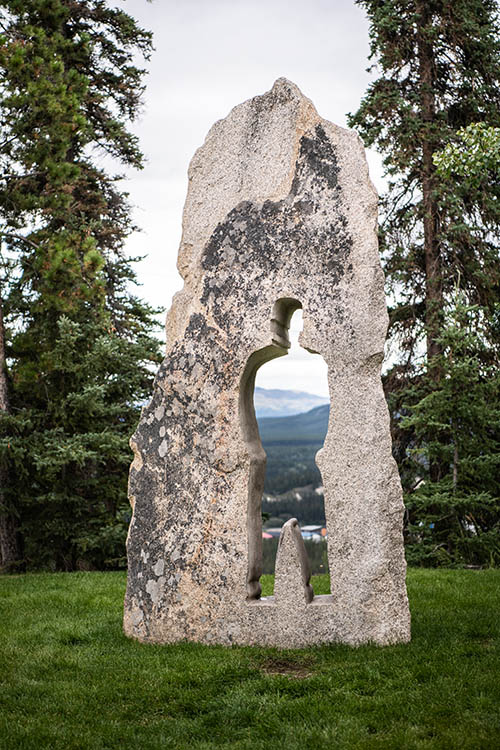 After the atomic bombing of Hiroshima, curious shadows were noticed on the walls facing the detonation point. They were all that remained of people who had been vaporized by the intense heat of the blast, their impressions burned onto the walls in front of where they had been standing. Shadow evokes these impressions, with the artist’s symbolic “burning” away of the human form through granite. Defined by air, the 6-foot-tall figure is conspicuous in its absence, the outline framing the mountain vistas surrounding the Yukon Art Centre’s grounds where it resides permanently on display. Kortello’s emphasis on what no longer remains speaks to the precarious futures of humanity. “We are not invincible and without due care, all that will remain of humankind are shadows”, says Kortello. The public is encouraged to step into the voided human form in an active participation. Through its insistence on the viewer’s embodiment, Shadow becomes an immersive exercise of looking through and being embedded in sculpture.