What's On
What's On
The Permanent CollectionCandle Ice 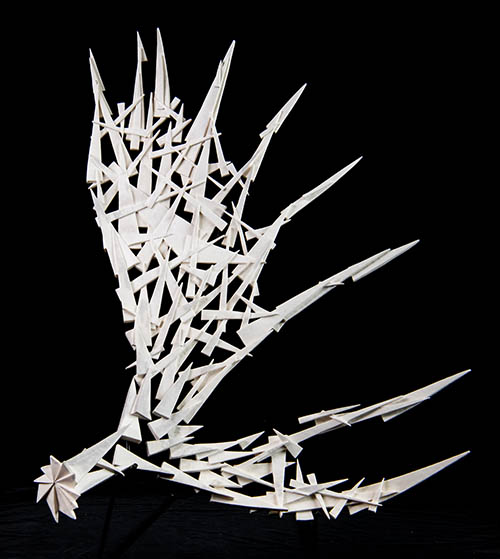 Canadian artist Shane Wilson transforms skeletal materials abandoned by Northern wildlife into alluring carved sculptures. Inspired by the inherent lines and symmetry found in antler, horn, tusk, bone, and ivory, Wilson responds to the duality intrinsic to his medium that is at once resilient and fragile, empty and full. In Candle Ice, this duality is pushed further as Wilson takes organic form and translates it into geometric. Likely shed by a moose just after mating season, antler is carved into jagged triangular shapes that resemble daggers of ice. Appearing as though the artist adhered multiples pieces together, Candle Ice is carved from a singular antler. Wilson’s intricate and incisive relief engenders a new vitality where geometry collides with the natural world.