About
About
NewsRead all about it: Newsies coming to town

Read all about it: Newsies coming to town

Angela Drainville admits it. Founding the Yukon Theatre for Young People was a selfish move.

“I have two teenage sons who are 13 and 15 and them and their 30 friends were always at my house,” she says. “They’re artsy kids. A lot of them are in the Music Arts and Drama program at Wood Street Centre, so I thought ‘why not use some of my skills to build a theatre group and get them out of my living room and get my Saturdays back?’”

That was last summer. Since then, Drainville and co-founder Katherine McCallum created the Yukon Theatre for Young People, established a youth steering committee to guide it, picked a play, and secured a residency at the Yukon Arts Centre.

Through that residency, which aims to supply Yukon-based creators with resources including rehearsal and performance space as well as equipment and crew, the company will mount a full-scale production of the Broadway play Newsies this June. 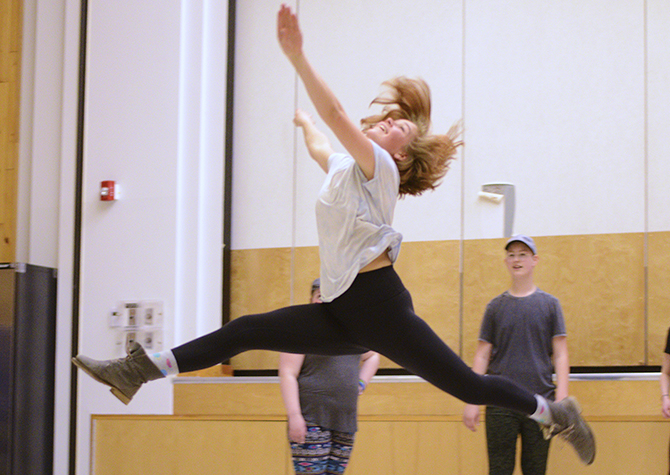 Newsies is a 1992 Disney movie-musical about the New York City newsboy strike of 1899. It was adapted for the stage in 2011 and has since been performed on Broadway, where it won a number of Tony Awards. Drainville (herself an actor) says the performance rights were only recently made public and the Yukon Theatre for Young People will be one of the first off-Broadway companies to perform it.

She says that though the play was the first choice of the youth steering committee, she was hesitant because of its complicated choreography. However, the support from YAC changed her perception of what was possible.

“I think we envisioned something a little more simple, from a production standpoint, but YAC brought it up to that next level,” she says. “We now have a show that’s being performed by young people, with total professional stagecraft and direction and access to all kinds of talented people.”

Actor and director Brian Fidler is directing. Scott Maynard, executive director of Music Yukon, is serving as musical director. Even the auditions, held in early March, were expertly handled.

“The kids had to do a formal audition the same as you would for a professional production,” Drainville says. “It really pushed them and maxed them and gave them a real taste of what professional life is like.”

Parents and youth even told her afterwards how impressed they were with the process.

Michele Emslie, director of programming for YAC, says that’s the goal of the residency program. It’s meant to remove barriers and give creators every opportunity to realize their artistic goals.

“The program is our response to the needs articulated by our theatre and visual arts community for space to create, produce and present,” says Emslie. “Newsies is a prime example of how the residency program can provide the time and space for a production of this magnitude to be presented in the most professional manner possible, with all the supports it requires and deserves.” 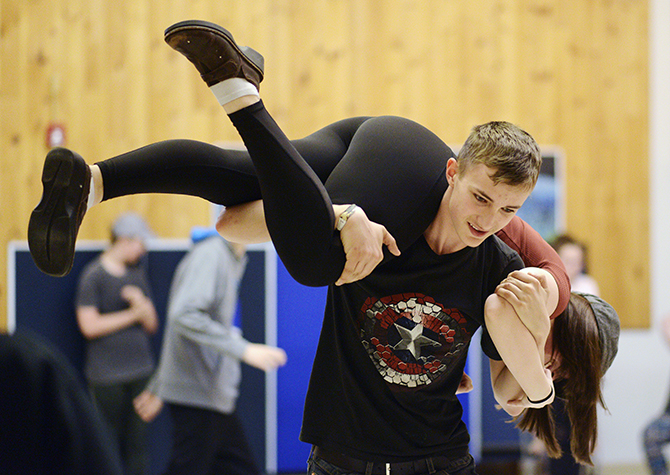 That effort isn’t lost on the 30 cast members, aged nine to 18, who are performing in the play next month. Drainville says they’ve been pouring so much of their own time and energy into it, to the tune of thrice-weekly rehearsals beginning in mid-May, McCallum cried the first time she attended a rehearsal.

“They’re working so hard and sleeping like babies,” Drainville says, laughing. “This is a professional production starring Yukon youth. Audiences can expect some great show-stopping numbers, outstanding choreography and songs that will stick in their heads for a week afterwards.”

Newsies runs on the main stage at the Yukon Arts Centre from June 14 to 16, with evening and matinee performances. Tickets are available online at yukontickets.com.

Amy Kenny is a Yukon-based writer. Her journalism has been published by Up Here, Walrus, Vice, Canadian Geographic, National Geographic Book Publishing, Yukon News and the Hamilton Spectator. Her fiction, poetry, non-fiction and reviews have appeared in Hazlitt, Room, The Antigonish Review, Prism and The Humber Literary Review. She has also written web and promotional content for numerous travel, tourism, health, wildlife and arts organizations.

Photos: The cast of Newsies rehearse at Elijah Smith Elementary School on May 12. (Photography by Mike Thomas)