Open Pit’s Radio Silence is a feast for the senses

They say a picture’s worth a thousand words, but how many words is a performance worth? The Yukon Arts Centre has the answer to that question in the form of a new play from Open Pit Theatre.

“We’re both kind of physical performers,” says Geneviève Doyon of herself and Jessica Hickman, both co-artistic directors of Open Pit. “We decided to go completely opposite from [our last play, which was very wordy] and try to make a play without words to challenge ourselves as artists and to experiment with storytelling in a different way.”

The result of that effort is Radio Silence, running at the Old Firehall from May 12 to May 15. The play is a 50-minute fictional story set in Dawson City in the 1920s and 1940s, on the traditional territory of the Tr'ondek Hwech'in.

It follows the Yukon’s first female bush pilot and her twin sister, who has to find the pilot when she goes missing. 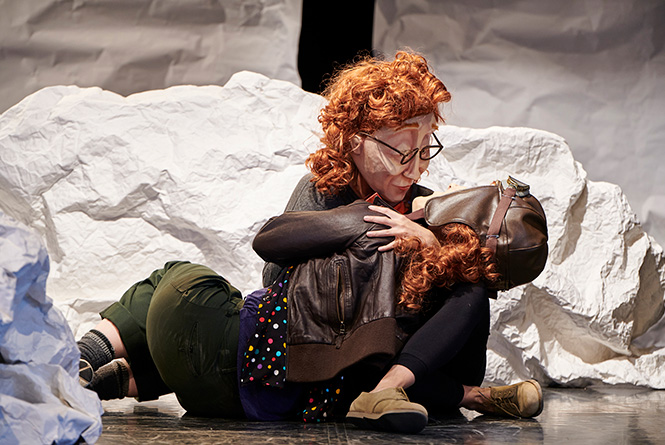 Doyon says it was an ambitious project, to tell a story without words, but credits its success to the team she and Hickman were able to assemble.

“We definitely didn't make it easy for ourselves in the sense that we kind of wanted all of the things,” she says. “I think that the reason that we're able to pull all of this off is because we've really surrounded ourselves with really excellent people and we're kind of orchestrating them all to tell the story.”

On top of that, Open Pit worked with Wonderheads, a company in Victoria, B.C., that specializes in mask performance and visual storytelling. The masks are oversized, with exaggerated features and expressive faces. Hickman had worked with masks before, says Doyon, but it was new for her.

“It was a steep learning curve,” she says. “We had to learn a lot about the form itself. And it's very, very technical and it's very, very precise. It really is kind of like learning a new language. And then not only learning it, but also mastering it enough to be able to teach others who are in the show.” 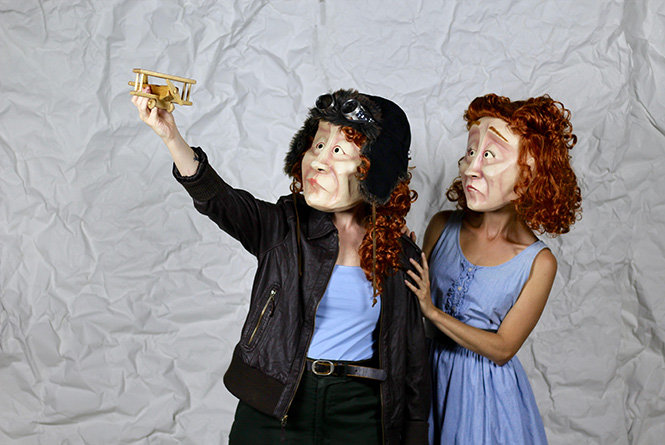 The end result is a sensory feast, with visuals that transport and immerse audiences in the world of the twin protagonists. The moving parts, the soundscapes and visual landscape of the play, are as varied as the northern landscape and culture that influenced its plot.

“It’s really a story about family. The whole kind of backdrop of this play is about family and a family that is united,” she says. “It kind of tears it apart and people grow apart. And then it’s about how they reconnect. So I think that that will resonate with a lot of people.”

When Radio Silence finishes its run in Whitehorse, it will travel to Dawson and then to Intrepid Theatre in Victoria, BC. After that, the hope is that it can travel more extensively in Canada.