About
About
NewsIt’s a northern thing

It’s not every day a performance offers political analysis, singing, dancing, power point presentations, a lottery and voting, all inside of an hour. In fact, it’s only one day a year if you’re in Whitehorse.

On Saturday, Nov. 19, a Norwegian artist collective will take the mainstage at the Yukon Arts Centre for Nordting - The Northern Assembly From Norway.

The performance may be better billed as an event, for all the afore-mentioned reasons. It can be hard to explain, but Amund Sjølie Sveen is game to try anyway.

“It’s a mixture of a gala performance, power point presentation and a community meeting,” he says. Sveen, an artist, composer and percussionist, has toured the performance all over the circumpolar north, but it started in Norway, where he grew up.

Living in the north of the country versus the south, he says there was an overwhelming feeling of being far away from the action. Not only was the population smaller, there was less power. It was common for decisions to be made for you, but from a distance.

The issue of resources, in particular, caught his attention when the right to fish became owned largely by southern investors. For those living in the north, it was frustrating to feel a lack of political empowerment, coupled with the sense that those making decisions had a connection to the north that was based on a mythology. Southerners thought of the frozen north as a space to be conquered—a place where you could come and do whatever you wanted.

Performing across Norway, Sveen started to realize that feeling was shared among other northern communities. In the last eight years, Nordting has visited Alaska, Greenland, Iceland, Finland and more.

Sveen booked a Yukon performance after visiting Whitehorse in June for the Arctic Arts Summit and talking to locals, including Michele Emslie, director of programming at YAC, Telek Rogan, who will join the Nov. 19 performance, and servers at various restaurants in town where he ate.

Sveen also read up on the country and the ideas Canadians have about the north, and spoke to Daniel Chartier, a professor at the Université du Québec à Montréal and Director of the International Laboratory for the Comparative Multidisciplinary Study of Representations of the North. 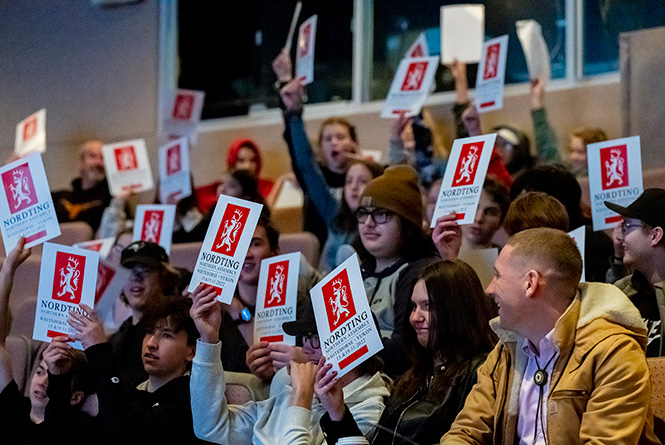 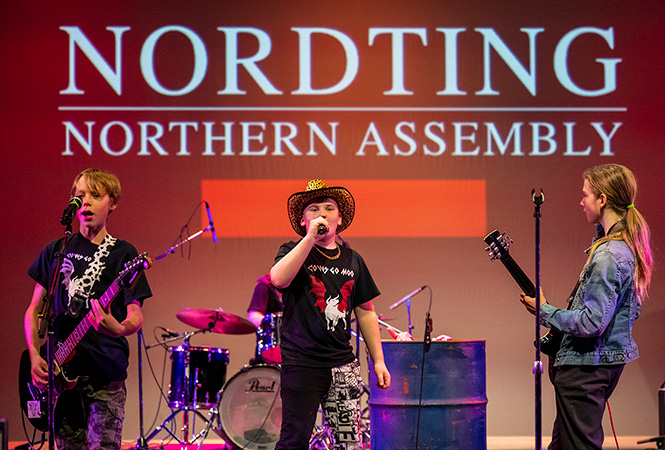 In addition to dance and music from Sveen, composer Erik Stifjell and dancer Marthe Engdal, Rogan will join the performance as a singer. Local band, Cows Go Moo, will perform. So will dancers from the Heart of Riverdale Community Centre.

There will also be, as promised, presentations and ensuing votes, where audience members will be asked to raise their hands in front of each other, to vote on northern issues and make decisions for themselves (in some cities, mayors have been asked to attend and weigh in on votes. That’s TBD in Whitehorse), both for entertainment and educational purposes.

“Many of these things are things we already know, but to be entertained and use humour in political issues is a strategy that I hope can ignite those issues again for us,” Sveen says.

“I want people to walk away reflecting on the issues of the North. What the future can hold and how things are connected.”

Tickets are only $20 and can be purchased HERE. 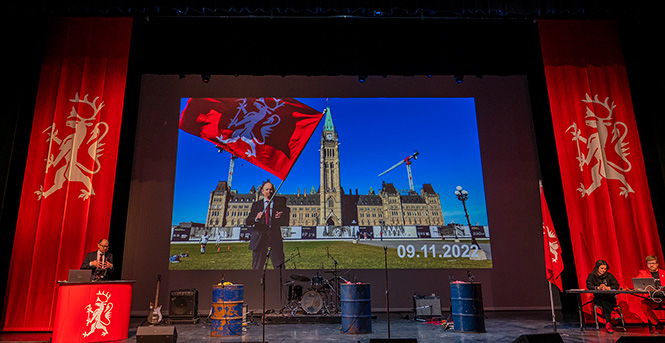