About
About
NewsDon’t be late for this very important date

Don’t be late for this very important date

Maybe the main reason Alice in Wonderland remains relevant decade after decade is that one of its main themes—growing up—is unavoidable. For most people, anyway. Yukoners can put it off until at least April by attending A Week Down the Rabbit Hole at the Yukon Arts Centre, running from March 21 to March 27.

The week-long slate of workshops, concerts and events revolves around Dark Alice, the show currently on in YAC’s main gallery. Dark Alice (on until May 21) features various local artists’ interpretations of Lewis Carroll’s famous fairy tale, Alice in Wonderland.

Lyn Fabio, Rob Ingram, Maureen Morris, Lillian Loponen, Heather Hyatt, Neil Graham and Shiela Alexandrovich are all members of the Studio Gallery Association (SGA), responsible for Dark Alice. Michele Emslie, director of programming at YAC, says the SGA has done group shows in the past based around themes such as chess and tarot. With Dark Alice, she says each artist has contributed something individual, with a collaborative piece revolving around the Mad Hatter’s tea party. There are paintings, watercolours and suspended sculptures, and that’s just the gallery component of A Week Down the Rabbit Hole.

“You can take Alice in so many directions,” says Emslie. “I think you tend to get introduced to to it when you’re young, but it has access points all through your life. You can find something in it at two and four and 40 and 70.”

Mary Bradshaw, director of visual arts at YAC, agrees. “It’s almost a shared language,” she says. “All of us, even if we haven’t read it, know the basics of it … for me, it was one of the few things I could really identify with as a young girl, a protagonist who wasn’t a princess! She was fallible and clumsy and lonely.”

In addition to the show, there are a number of free and ticketed events (registration is required for both, as space is limited). Whitehorse artist Nicole Bauberger is leading a workshop where participants make their own rabbit holes. There’s croquet every day on the lawn at YAC. Brian Fidler is leading an improv workshop for kids age 13 to 15. 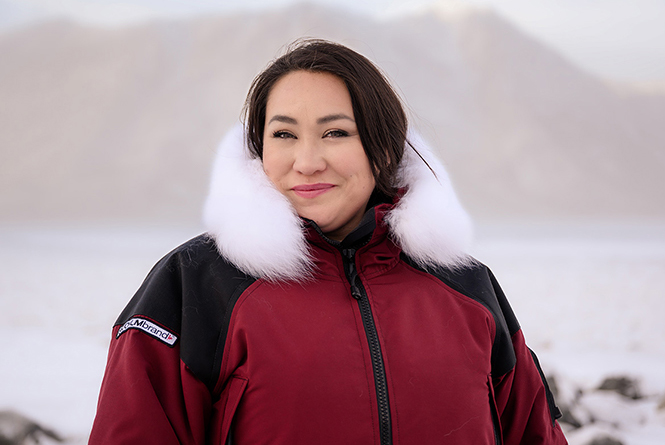 Diyet will be performing at the Yukon Arts Centre on March 26. Image by Alistair Maitland Photography

Among the paid events are concerts and film screenings. Haines Junction musician Diyet will perform on YAC’s main stage. The March 26 show features her band, The Love Soldiers, as well as video of her recent appearance in the virtual cross-Canada performance of Messiah/Complex that was mounted by Against the Grain Theatre in 2020. Cryptozoologists will perform on March 27 with Diamond Dino.

There’s a series of movies including the original Alice in Wonderland, Tim Burton’s 2010 interpretation of the story, The Fantastic Mr. Fox and Earwig and the Witch, a Japanese film about an orphan that is forced to live with a witch and learns the world of spells and potions.

There are also free outdoor events including a scavenger hunt. Costumes are encouraged all week long, and even rewarded with prizes. For more information and details on dates, times and registration, visit yukonartscentre.com.