About
About
NewsArctic Highways breaks down borders

Will Stroet: from study hall to the stage

Wonder no more—full festival lineup has been announced

Tethers and ties to each other and the land

Tomas Colbengston prefers to show his work outdoors. Perhaps that makes sense for someone who takes a lot of inspiration from the Nordic Scandinavian landscape. Still, he says he’ll be excited to head indoors at the Yukon Arts Centre this September, when Arctic Highways opens for the first time in Canada.

The exhibition gathers the work of 12 Indigenous artists from across the Arctic, including Sámi of Scandanavia, Iñupiaq/Athabascan of Alaska and Inuvialuk of the Northwest Territories. Bringing pieces from all corners of the North together in one place will sort of serve as the physical manifestation of Arctic Highways’ statement.

“Across the Arctic landscape, culture and art has traveled effortlessly along with the movement of the wind, the sun and our reindeer herds, creating a network of Arctic Highways,” says the exhibition statement. “Highways that are cultural and spiritual, real and thriving—but as invisible as the system of national borders that have imposed their rigidness and weight upon us, pitilessly trying to nullify the free flow of ideas and identity connecting our souls.” 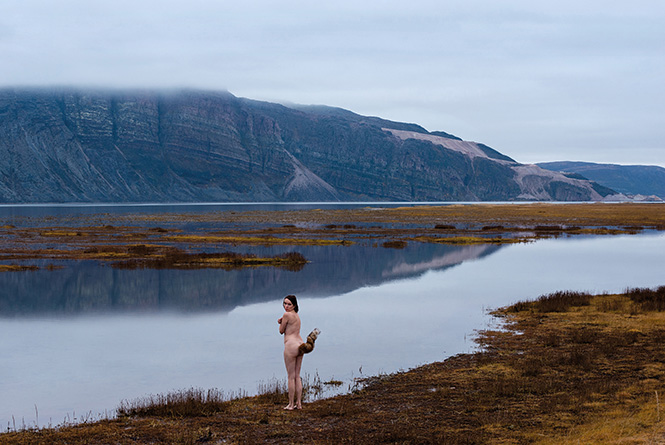 Waiting For The Morning, Marja Helander

This is a show about Indigenous artists telling their own stories in a way that allows audiences to think broadly about how and why we impose limits, and the consequences that can have for people.

Colbengston is familiar with how those kinds of constraints can affect a person.

“I kind of grew up in some kind of void, an empty feeling, you know, I had nobody to really discuss how things were for us [the Sámi] because of the race biologic policy towards Sámi and colonization and everything going on,” he says over a zoom call from Sweden. “It still is going on.”

Sámi were not encouraged toward higher education, he says. For his part, he focused on handcraft. He says it took him years to realize his work could connect him to other Indigenous people using their own work to point out similar issues to the ones he was thinking about—that many were addressing ongoing problems of colonization through art and music and theatre.

It’s something it’s important for everyone to listen to right now, says Laura McLeod, director of cultural engagement at Toronto’s Harbourfront Centre, which partly funded the exhibition as part of Nordic Bridges, a cross-Canada festival taking place in 10 different locations throughout 2022. Arctic Highways at YAC is just one of many cultural events, including an Ottawa-based photography exhibition from Finnish-Norwegian artist duo Riitta Ikonen and Karoline Hjorth, and a screen-based installation in Toronto from a collective of Circumpolar Indigenous artists. 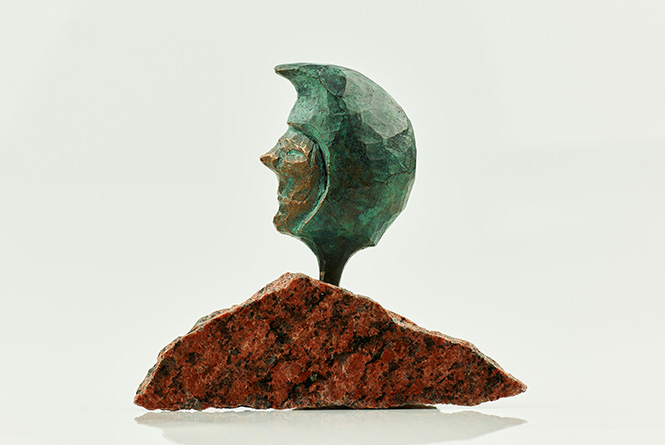 McLeod says Arctic Highways explores not only the Arctic landscape, but how Indigenous livelihoods depend on environment. Just as a starting point, she says that’s one of many reasons to see the show and try to hear what it’s telling you.

“The fact that the environment in the Arctic is like the canary in the mineshaft, and is really telling us a story right now that we need to pay attention to, [I think] listening to artists from the North it’s relevant on that level,” she says.

Colbengston agrees that a connection to landscape and nature are two things he sees in common when he meets Indigenous artists from anywhere in the world.

For one thing, a lot of Indigenous work he’s seen uses skin, wood and bones. So even before an Indigenous artist begins the process of creating, they have to make considerations another artist might not, such as what the rules are about importing such work. In the case of Arctic Highways, adjustments had to be made.

He also thinks artists see themselves differently when they’re not Indigenous. They may see themselves as individuals, whereas Colbengston sees himself as presenting for the Sámi people, whether or not he wants to. He feels he needs to know the contemporary Sámi political situation, as well as its history and anything else that comes up.

“I think that’s what our exhibition is talking about.” He says it might be a tough thing for non-Indigenous audiences to innately understand, but that’s the point. “It’s free for everybody to enjoy,” he says. “You can’t [interpret] it totally wrong or totally right. You have your own way into it. So it’s a good way to get into a discussion and an awareness.”

The Arctic Highways opening reception is September 9 at 5 p.m. at YAC, with a cocktail bar by Yukon Brewing and appetizers by La Petite Maison. 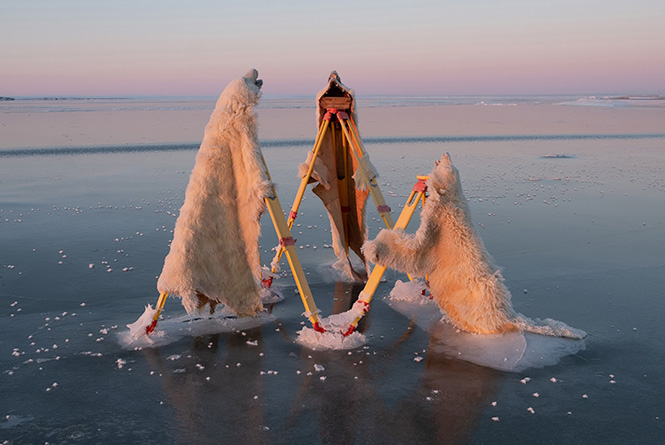 What Will I Say to the Sky and Earth II, Meryl McMaster