About
About
NewsA series that sings

A COVID message from our CEO

A feast for the senses

A series that sings

Musicians who come to the Yukon for the Whitehorse Concerts series inevitably ask Steve Gedrose to produce the one thing he can’t – the northern lights.

It’s one of a number of things that helped establish the reputation of the series, which has been bringing classical musicians to the North since 1983.

“It’s an exotic place to come to,” says Gedrose, manager of Whitehorse Concerts. “And we have this incredible theatre and tech staff and a wonderful piano (maybe the only nine-foot Steinway Model D north of 60). Lots of people have always just had a notion to come here and, well, to actually get paid to work, that’s a big incentive.”

Word of mouth doesn’t hurt either. He says the musicians who have participated in the series generally tell other musicians about it, or get involved in additional trios and ensembles, and encourage them to get in touch with Gedrose. He says he usually has people asking him for a slot when it comes time to program each season, which consists of a number of performances, all held at the Yukon Arts Centre.

Gedrose says five of the acts programmed are generally touring outfits from Outside, who perform on the mainstage. A few additional performances, featuring local musicians, are held in the art gallery at YAC. 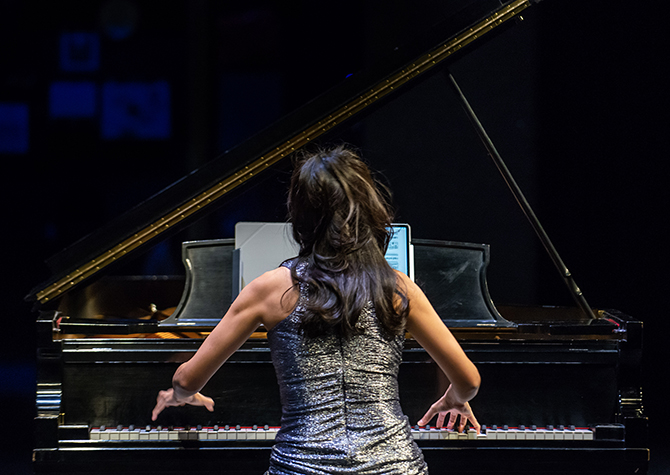 This year, Gedrose says he’s particularly excited to present The Eroica Trio, from New York City. He says he saw the Grammy-nominated trio play in Alaska a couple years ago. At the time, Alaska was the one American state the trio hadn’t played and they’d made it a mission to cross the location off their list. Once they’d done that, Gedrose approached them with a new challenge – come to the Yukon, then shoot for all the provinces and territories.

It’s reminiscent of the way the series got its start. In the 80s, classical musicians occasionally came up the Alaska Highway, enroute to the U.S. They would stop in the Yukon from time to time and then move on.

“There were locals who loved it and thought that was all right, but that they should do a more fulsome series here in Whitehorse,” says Gedrose, who attended Whitehorse Concerts for years himself.

Initially, the series arranged for its shows to take place in the gym at F.H. Collins. It moved through a church here and there. Ever since YAC was built in the 90s, the series has taken place there, on the main stage and in the gallery.

In its 35+ years, Whitehorse Concerts has brought Tafelmusik to the Yukon, as well as the Edmonton Symphony. It has programmed jazz ensembles, children’s performers, piano duos, chamber groups and a variety of high-calibre music. 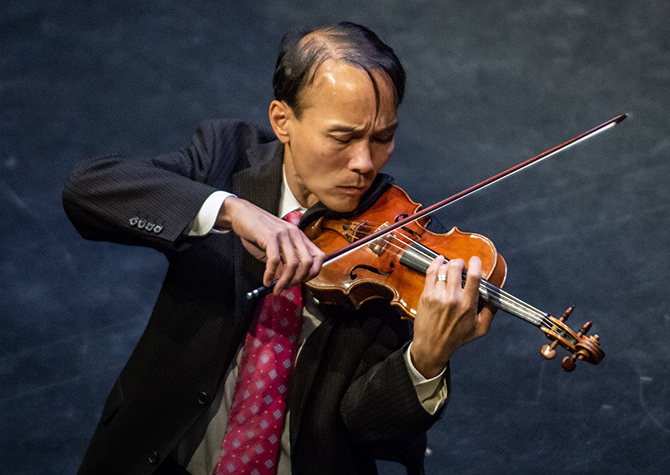 Gedrose says it can be harder to get a big crowd out there some days, as most attendees are older, but he says that’s not unusual for a classical music series.

“We do what we can to attract younger audiences,” he says.

Recently, that has included hiring someone to beef up the series’ social media presence, offering cheaper tickets for youth, and holding draws during every performance for iTunes gift cards.

He says the series also arranges for some performers to visit schools for special shows, in an attempt to build its audience and expose kids to music they might not otherwise hear. Sometimes that takes place in Whitehorse and sometimes it takes place in communities such as Haines Junction and Dawson City. He says there’s often also an educational outreach component for kids. The Lafayette String Quartet, which came up last season, visited with students from St. Elias Community School for example.

“That quartet is the string faculty at the University of Victoria, so we definitely try to take advantage of that kind of expertise,” he says.

Tickets are available singly, or by annual subscription. Additional information is available online at whitehorseconcerts.com