Cas Public's production of Not Quite Midnight performs at the Yukon Arts Centre on Oct. 22. Photo by Claudia Chan Tak.

For Cas Public, turning 30 isn’t a time to look back—it’s a time to move forward.

“I always repeat the same thing,” says Hélène Blackburn, who founded the Montreal-based dance company in the 1980s. “We will look back when we get to the 40th anniversary of the company. For the moment, we are looking towards the future.”

That’s because Cas Public is touring a brand-new work, one that will visit the Yukon Arts Centre in Whitehorse on Oct. 22, Dawson City on Oct. 24 and Haines Junction on Oct. 26. The visit is a rarity, not just for the North, but for Canada. Cas Public, which tours six to seven months a year, is more often in the UK and Europe.

Blackburn says she based the premise for this performance on various ideas that had been floating around in her head for a while.

“Not Quite Midnight/Cinderella is based on two intentions that have been with me for a long time … storytelling remains one of the topics that inspires me the most and (I wanted to) extract the idea of courage, because for me, Cinderella is brave. She never gives up on her values and kindness guides her life even in the worst humiliations.” 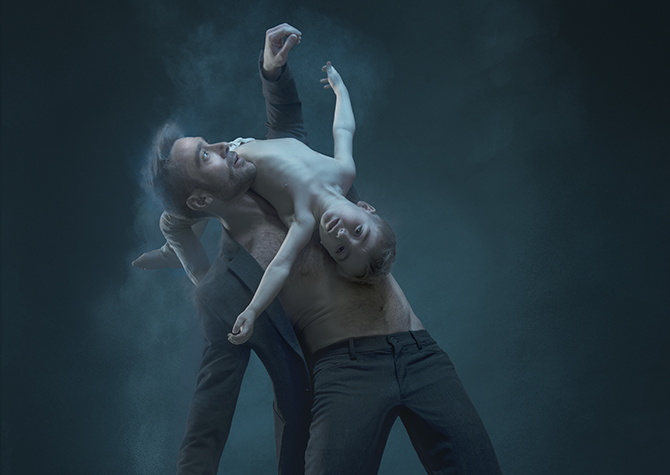 Eugénie Khoury, development officer with the company, says Blackburn often turns to fairy tales for inspiration and deconstructs them rather than abstracting them.

“Certain portions of the work you can recognize within the tale but it’s not a straightforward story of the narrative and you see role reversal a bit, which is very interesting for a younger audience,” says Khoury, who notes the performance is family-friendly.

“We are inhabiting a world of Cinderella that is separated by an hour-by-hour sequence of a day in the life of a young woman,” he says. “A passing of time. A clinging to time. A loss of time. Gaining time. There is a neat inevitability to the unfolding of the story. Once it begins, it tumbles towards its finish. Such as in life, there is no turning back the hands of time and in a sense we portray a need for speed that seeks to slow the relentless tick of time passing by.”

Glover says that in the seven years he has been part of Cas Public, the creation of this performance was unique. Typically, Blackburn works closely with her company of six dancers to move through the creative process when coming up with a piece (not for nothing, Cas Public translates to “a public case”). It generally takes about 12 weeks. Not Quite Midnight was conceived of over three years, during which time Blackburn worked on development while completing residencies in Quebec and Italy.

The choreography is complex, sped up, and takes place on a smoke-filled stage. Together, these elements convey a mix of sadness and magic—one that weaves together the likes of the Brothers Grimm with the operas of Rossini. In Blackburn’s reimagining, Cinderella is challenged as a role model for women as the performance explores strength in hardship and fulfillment in bettering ourselves.

“(It was) challenging, finding a way to dance in ensemble work and to feel united in symmetry with a group of dancers while not forgetting the self and the individual that is included in the dance. Making sure you don’t stifle your creativity to fit in,” says Glover of the work. “Another challenge is to not make a caricature of the roles that we are trying to play. To embody a persona in dance and interpretation but not necessarily in an overt and ‘put on’ way.”

Tickets for Not Quite Midnight are available online at yukontickets.com.