What's On
What's On
The Permanent CollectionYukon Arts Centre 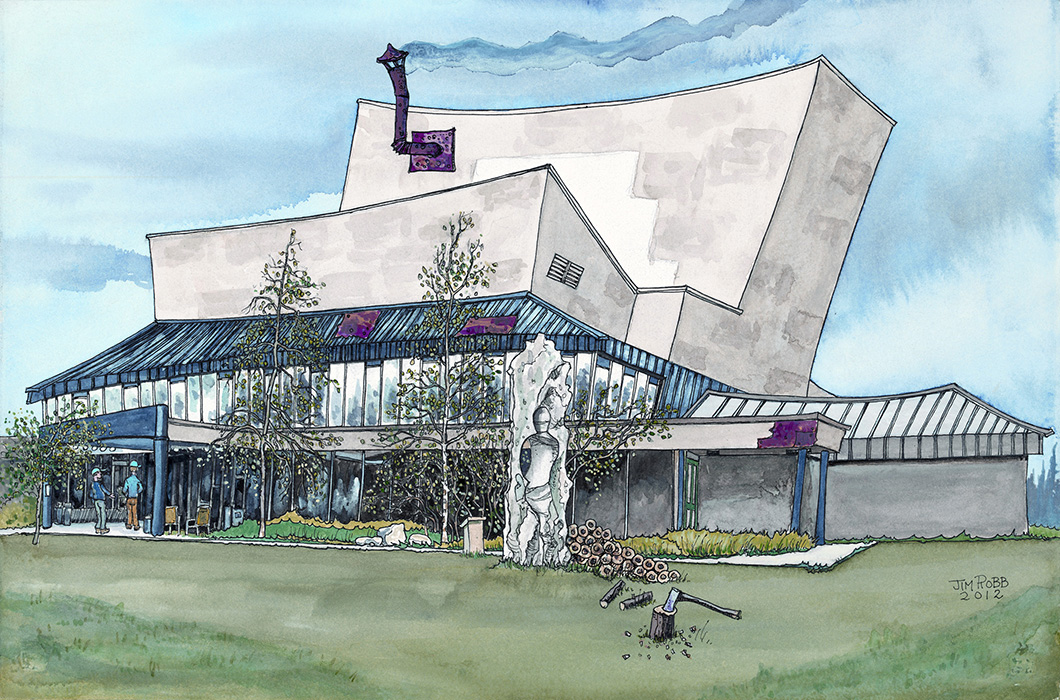 Jim Robb’s commissioned portrait of the Yukon Arts Centre’s building was created in recognition of the art centre’s 20th anniversary. Known for his hyperbolized depictions of Northern log cabins, squatter shacks, and false-fronted buildings, Robb transforms his subjects through his distinct stylization of amplified lines and distorted perspective. Referred to as “exaggerated truth” by John Firth, Robb’s unique visual expression has been applied here to the modernist exterior of the art centre’s building. Through his inimitable grasp of form, Robb has encapsulated the building’s character while imbuing it with his embellishment and charm.