About
About
NewsLineup for online concert series selected

Eighteen Yukon performers has been selected for the Not Close But Personal online concert series which will be live-streamed into Yukon homes April 24-June 3.

Spearheaded by Matthew Lien of Whispering Willows Records, the concept grew from a concern for the financial well-being of local musicians and tech companies, and for all Yukoners feeling isolated at home during the COVID-19 crisis.

“I think this is a powerful opportunity for musicians to do what they do best, using live music to bring us all together, even if it's done from a distance," said Lien.
The shows will be live-streamed on the Not Close But Personal Facebook page. Artists from the territory’s communities will be presented on Mondays from their homes, while Yukon Arts Centre shows will be performed on Wednesdays and Fridays. The shows run from 7:00-8:00 p.m.

The Yukon Arts Centre performances will be broadcast on the Northwestel Community TV channel one hour later at 9:00 p.m. and will also be made available on the Yukon Film Society’s Video On Demand platform for free at a still to be determined date. 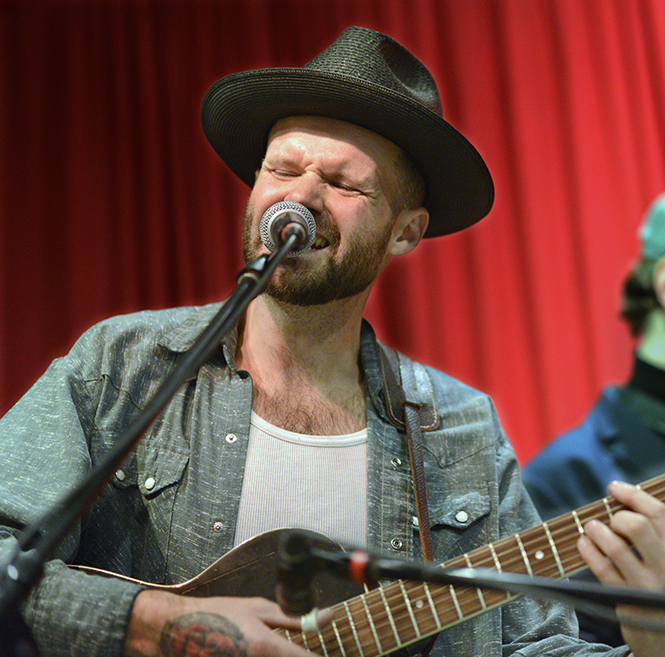 “The Yukon Arts Centre is pleased to support this initiative that will support our Yukon artists and help connect Yukoners to each other and to our artists. The collaboration of these individuals, organizations and broadcasters is so reflective of our community spirit and will help us all get through this difficult time,” said Michele Emslie, programming director for the Yukon Arts Centre.

The performers and dates are as follows:

In keeping with strict health guidelines, the Yukon Arts Centre shows will employ a bare minimum of technicians, with no more than three people in any area, all maintaining at least two meters of distance from each other. Yukon's Chief Medical Officer of Health has reviewed and approved the project. Hand sanitizers have been generously donated by Yukon Brewing.

Artist applications for the remaining eight shows will be accepted until April 28 and can be sent to notclosebutpersonal@gmail.com. Musicians will be paid $1,000 for their performances, and will be chosen by a selection committee familiar with Yukon's music industry and First Nations culture.

In a statement from the Department of Tourism and Culture, minister Jeanie Dendys said, "In times of distress we look to our artists to help us interpret the changing world around us, and live performance reminds us of the crucial community bonds on which Yukoners pride themselves. Government of Yukon is proud to support this innovative project, and our many talented Yukon artists during this crisis."