First Light Image Festival focuses on the art of photography

Jason Wolsky puts up the First Light Image Festival's Of The North photo exhibit in the Yukon Arts Centre lobby. The exhibit is a collaboration with Yellowknife's Far North Photo Festival and is on display until April 30. The FLIF festival runs on April 17 & 18.(Mike Thomas/Yukon Arts Centre)

Less is more. That’s what Mark Kelly has learned in putting together the 2021 First Light Image Festival.

Because most of FLIF is taking place online this year, Kelly thought it might be easier to manage than in previous years, when events at venues like the Kwanlin Dün Cultural Centre have been packed with people and rife with event-planning logistics.

“Setting up a virtual event is way harder than setting up an event that’s in-person,” Kelly says over the phone from a video shoot he’s squeezing into the final hours before the festival’s April 17 launch.

The main challenges have come in the form of finding festival volunteers who have the skillset to help manage online presentations and workshops that include multiple participants, locations and images, all while juggling hosting duties.

“That’s a challenge,” Kelly says, laughing. “Mostly a pretty awesome one because people have been so supportive.”

He says he knows some of the festival’s title sponsors have had a rough go the last year, but they still stepped up to offer the same kind of support they have in previous years.

Both Air North and Nikon offered top-tier prizes (including Air North Flight Passes, a Nikon Z50 camera kit and a Panasonic G9 camera) for FLIF’s photo contests. Both the youth and open contests run to the end of April this year.

That’s one of the changes that’s taken place in 2021, Kelly says. Normally the deadline falls before the festival, so winners can be announced during events. This year, applicants have a couple weeks to apply to the open contest ($10 to submit a single image or $30 for five) and the youth contest (free to enter).

Another difference is that you can attend most events according to your own schedule. 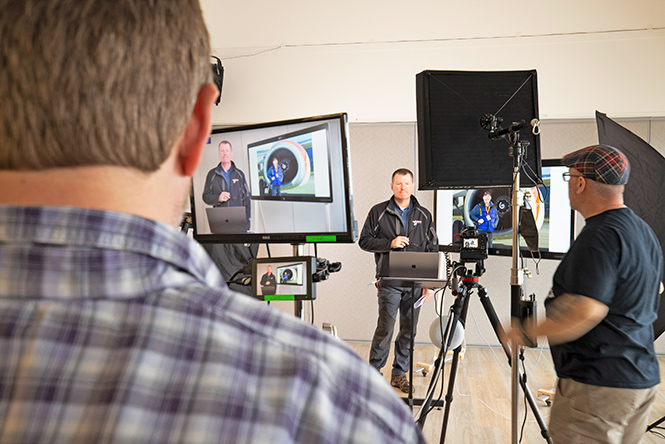 The festival itself consists of a full day of live-streamed presentations and workshops (a day pass is $65), but, because Kelly says he understands the Zoom fatigue a lot of people are feeling these days, those events will also be available online for two months after the festival date, to allow people to access the content at their convenience.

For those who do attend the live events (which are downloadable, so attendees can have them on file forever), there will be question-and-answer periods with local photographers Simon Blakesley and Cathie Archbould; Vancouver photographer Jay Gough will offer tips on photographing sports, wildlife and other moving objects; National Geographic photographer and FLIF keynote speaker Kiliii Yüyan (who was supposed to be in Whitehorse in person last year) will talk about pitching photographic projects; Nikon ambassador Michelle Valberg presents some of her favourite wildlife images and shares tips to improve your own.

There are also two in-person events. One is the Pan-Northern Photo Exhibition, on display at the Yukon Arts Centre from April 14 to 30. Free to view, the exhibition is on loan from the Far North Photo Festival in Yellowknife, and features documentary work from photographers of the circumpolar nations and from Canada’s territories.

Kelly himself will also be leading a photo walk on April 18, from 11 a.m. to 1 p.m. The event, which costs $15 and has a cap of eight participants, will begin at the S.S. Klondike. Kelly will lead the group along the Waterfront Trail, stopping on the way to take photos and discuss composition, approach and more.

For more details and to register, visit flif.ca