What's On
What's On
Exhibitions and EventsYaxkasei Exhibit 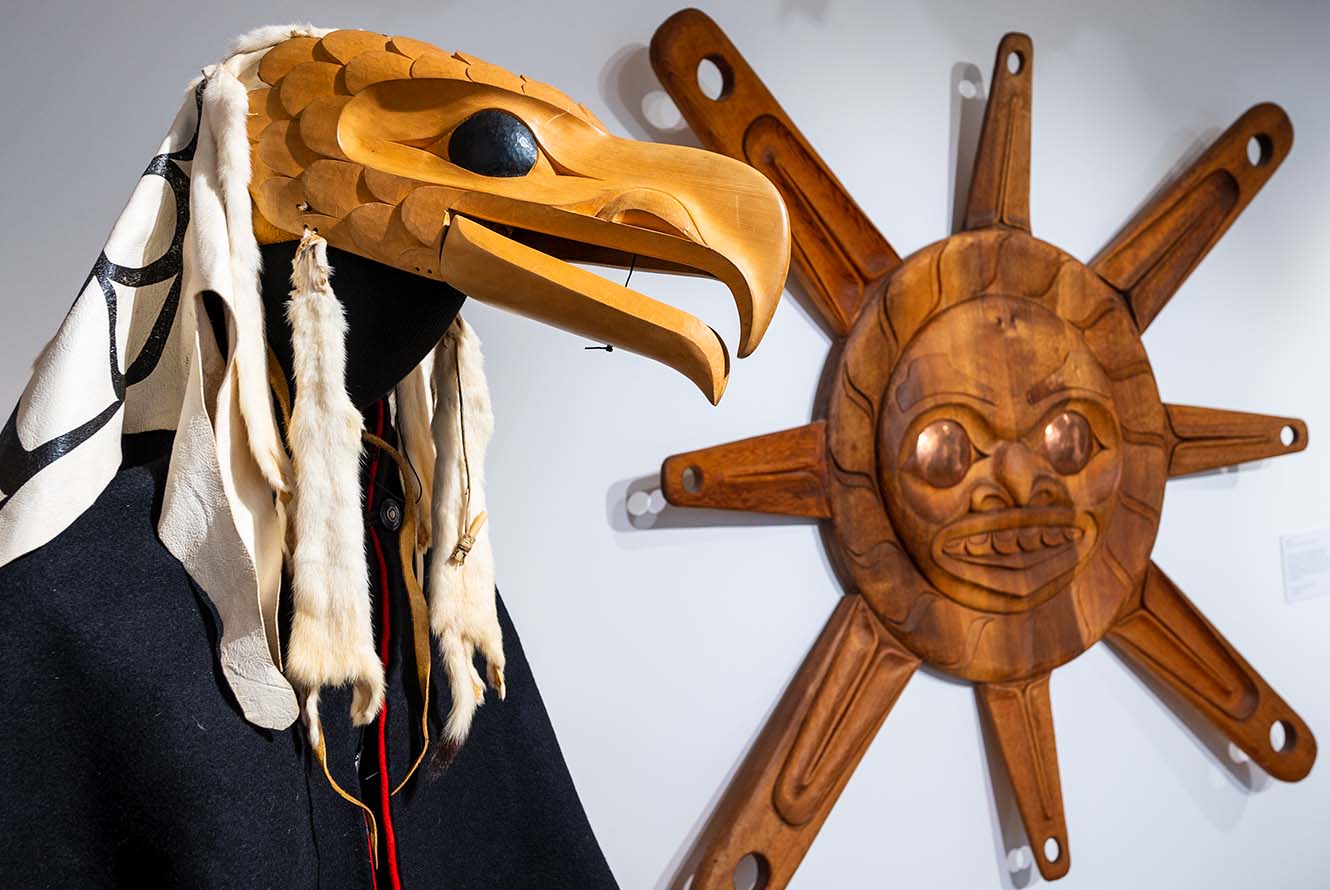 The exhibit of William Yaxkasei Callaghan features his work, including images and paintings of him by other artists. The exhibit is on display in the Yukon Energy Community Gallery until October 29 and is open Monday to Friday, 10:00am - 5:00pm.

Teslin-Tlingit artist William Yaxkasei Callaghan (1983-2016) was a carver, dancer, and graphic artist who left a big impact on our community. He was born in Whitehorse and into the Dakhl’awèdi clan, which is the killer whale/eagle clan of the Teslin Tlingit First Nation. His Tlingit name, Yaxkasei, means “can see a long way”. William began carving when he was just nineteen, collaborating on a bear mask with celebrated artist Eugene Alfred (on display in the gallery).

Upon joining the Sundog carving program in 2005, William decided to pursue a career as an artist. Stylistically, he embraced Tlingit design infused with his personal experiences. In 2006, three of his carvings were displayed in the United Nations building in New York City and in 2007 one of his masks was presented to the Former Governor General Michelle Jean. William pursued his Bachelors degree in Fine Art at Vancouver’s Emily Carr University of Art and Design and was an active participant in the school's Aboriginal Initiatives.

William was also a traditional dancer; part of the Dakhká Khwáan dancers who have danced all over Canada and the US, most notably at the Vancouver 2010 victory ceremony. William felt carving, dancing and learning his Tlingit language, compliment each other and inspire a desire to relearn traditional ways bringing back a closer cultural connection and a pathway to a healthier way of life.

Thanks to the Callaghan family, in particular to his parents Pearl and Mike Callaghan, and NCES for the loan of Will's artwork to share with the community. Below is a video of William from his time at Emily Carr University.