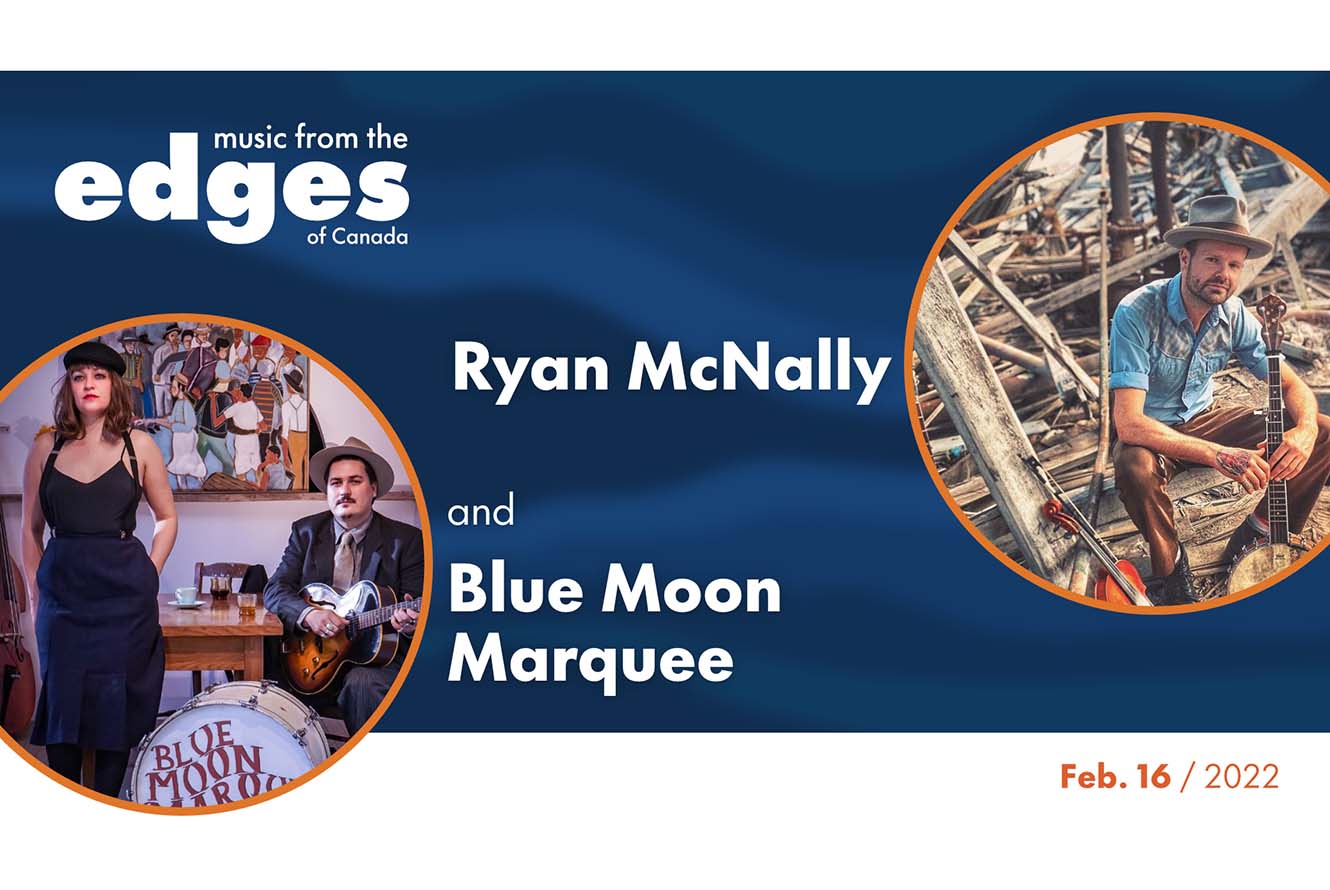 The Yukon Arts Centre is excited to present Ryan McNally + Blue Moon Marquee in partnership with Music from the Edges of Canada.

Music From The Edges is a national music series that showcases 22 Artists in 11 Live Streaming Concerts hosted in four Theatres from the edges of Canada. You will be part of a special live-in-theatre concert experience to be broadcast across the Nation.

Whether he's playing with his own solo band or other various outfits, he can't be kept off Canadian stages. Ryan puts most of his energy into his passion for studying acoustic traditional blues, jazz, and old-time music. This led him to spend a winter in New Orleans where he wrote the majority of the material featured on Steppin’ Down South. This album is saturated with the sounds and rhythm of New Orleans streets. Currently, McNally is experimenting with scoring music to films as well as musical direction for theatre. All while keeping up a busy solo career and a steady touring schedule.

Blue Moon Marquee is a swinging blues band born of the wild rose country, Alberta, Canada. They currently make their home in an island shack on the coast of the Salish Sea. Artists such as Lonnie Johnson, Louis Armstrong, Charley Patton, Howlin' Wolf, Tom Waits, Memphis Minnie, and Django Reinhardt are deeply infused in the soul of their music. Blue Moon Marquee is a live duo with the energy and sound of a full band. Colette, the rhythm section, commands the upright bass and also brings the swing with her feet on drums, all while singing harmonies. Cardinal is of the screaming and hollering blues tradition with distinctive thick and smoky vocals that barrel out like a raging bull. His guitar crackles with the swinging energy of jazz-tinged blues.