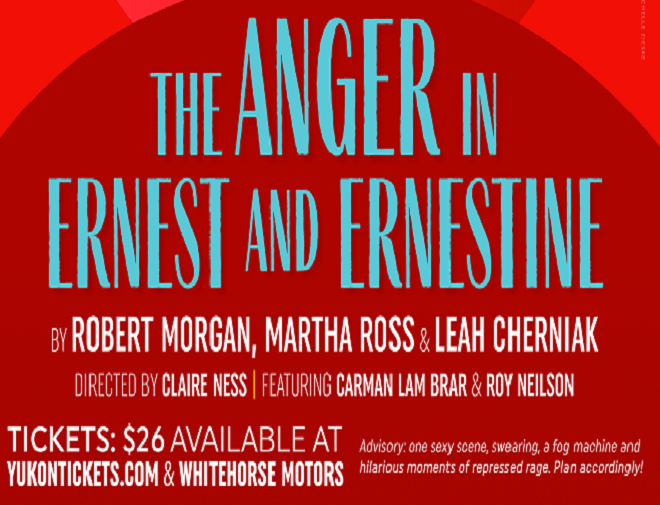 The Anger in Ernest and Ernestine. Written by Robert Morgan, Martha Ross and Leah Cherniak. Directed by Claire Ness.

This classic Canadian comedy is just what you need to laugh your way through the dark days of winter! After saying their marriage vows, cracks slowly appear in Ernest and Ernestine’s perfect relationship. With their wildly different approaches to life in a small basement apartment, these quirky lovers battle each other, a menacing furnace and their own personal demons with hilarious results.

Advisory: fog machine use, one sexy scene, some swearing and many hilarious moments of repressed rage. Plan accordingly!

Produced by special arrangement with the PLAYWRIGHTS GUILD of CANADA.

The Anger in Ernest & Ernestine

Latecomers will not be seated until intermission.