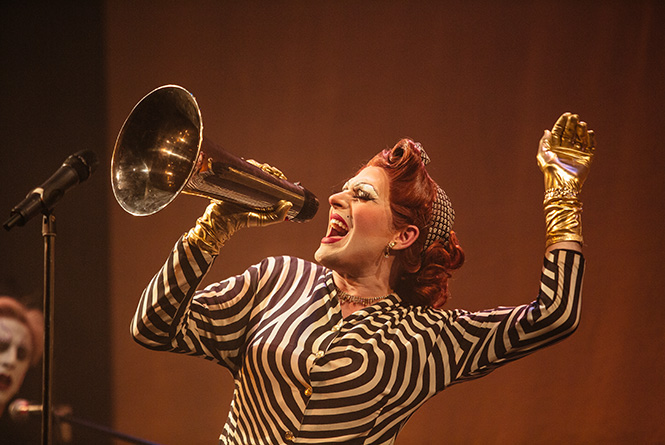 "Pearle is a wise, frank dispenser of truths. She's like Greek tragedy's Cassandra, as played by Eve Arden... in only two full-length shows, Miller's Pearle has emerged as one of the most engaging, thoughtful performance artists around. True to this show's title, she agitates us – in a good and necessary way." - NOW Magazine

"serv[ing] something on stages across the country that you'll likely be hard-pressed to find anywhere else." - CBC