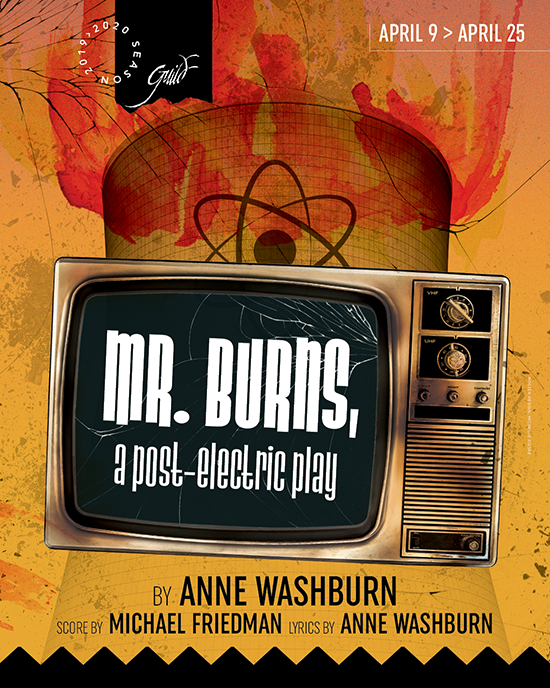 **IF A PERFORMANCE SAYS 'SOLD OUT' there may still be tickets available at WHITEHORSE MOTORS or AT THE DOOR AT THE GUILD. Check the Guild Facebook page for more info the day of the performance.**
Advisory: THIS SHOW BEGINS PROMPTLY AT 7:00 PM. The first act takes place outside. Dress warmly.

After the collapse of civilization, a group of survivors share a campfire and begin to piece together the plot of The Simpsons episode Cape Feare entirely from memory. Several years later, this and other snippets of pop culture have become the live entertainment, and later, the mythos, of a post-apocalyptic society, sincerely trying to hold onto its past. Anne Washburn’s imaginative dark comedy explores how the pop culture of one era could evolve into the mythology of another.

*The participation of this Artist is arranged by permission of Canadian Actors’ Equity Association under the provisions of the Dance Opera Theatre Policy (DOT).