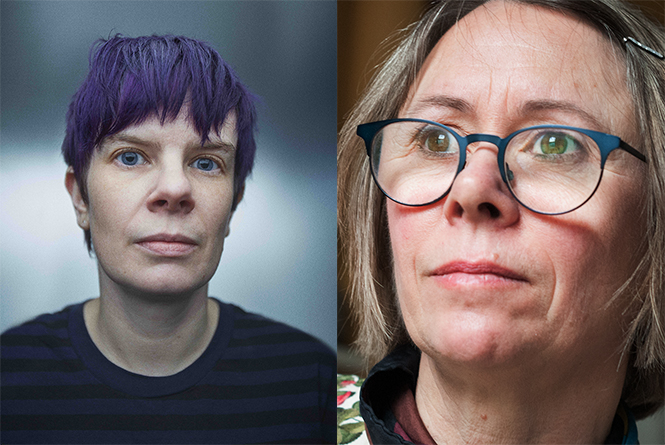 Mental Health, is Rae Spoon’s tenth full-length album and is being released on their label Coax Records. The album traces their personal journey with mental health through eight indie-rock songs that explore living with depression, anxiety, CPTSD and other challenges. Giving a voice to a perspective not as often
heard in the media, the songs are a rumination on pursuing health without the pressure of being cured and the duality of trying to survive trauma and accept oneself at the same time.
“Rae Spoon is one of the most important musicians working in Canada today.” – Now Magazine

World travelling, multi-award nominated Kim Barlow is relaunching her musical life in Nova Scotia after many years in the Yukon and a recent parenting hiatus. Creative and intelligent writer of songs, skillful on guitar and clawhammer banjo, Barlow has recorded six albums of her own work and many collaborations.
Her newest recording features some of the East Coast’s best: Mark Adam on drums, Nicholas D'Amato on bass, special guests including Old Man Luedecke, Justin Haynes and Heather Kelday, and strong new songs about domestic minutiae, the larger picture, and a wild slant on some traditional Maritime tunes.

Her 'How To Let Go' album was nominated for Folk Recording of the Year by the Nova Scotia Music Awards.