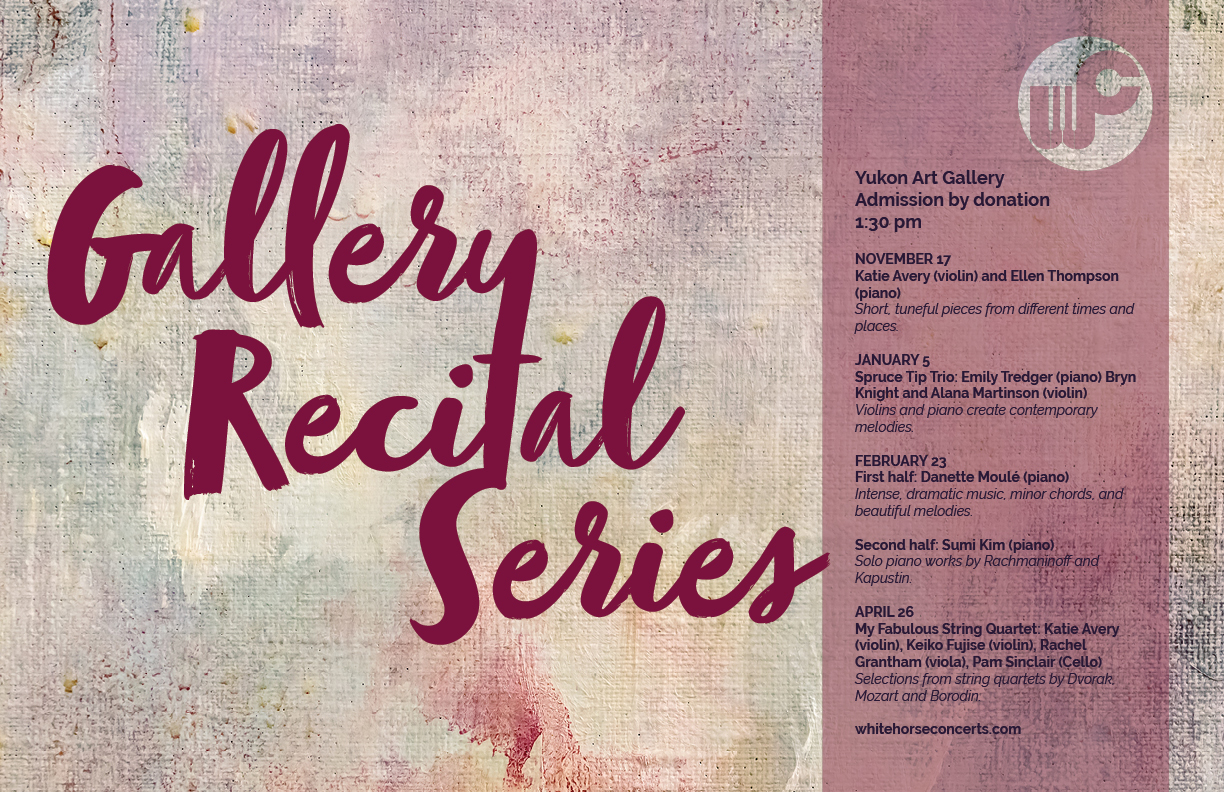 Danette is a fan of intense, dramatic music, minor chords, and beautiful melodies. Her one musical wish is that the younger generation would once again embrace the beauty of classical.

Danette Moulé has been formally playing piano since she was 7 years old, although she started messing around with a Casio keyboard much earlier. Danette grew up playing classical (mostly from the Romantic era), and a variety of jazz, rock, and pop (Bill Evans, Elton John, David Foster, and others). Although she mostly plays rock and pop publicly these days, classical remains Danette's true love, and what she gets the most satisfaction out of playing. Danette is new to Whitehorse, and is happy to be discovering its wonderful music community.

Known as a gifted classical pianist in the Yukon, Sumi Kim began to study piano at the age of 6 in Seoul, South Korea. After moving to Whitehorse, she gave her first concert in October 2017, and has appeared many times as soloist, accompanist, and collaborative musician with vocalists and a band.

She is now planning on her further studies in music university for the upcoming year.