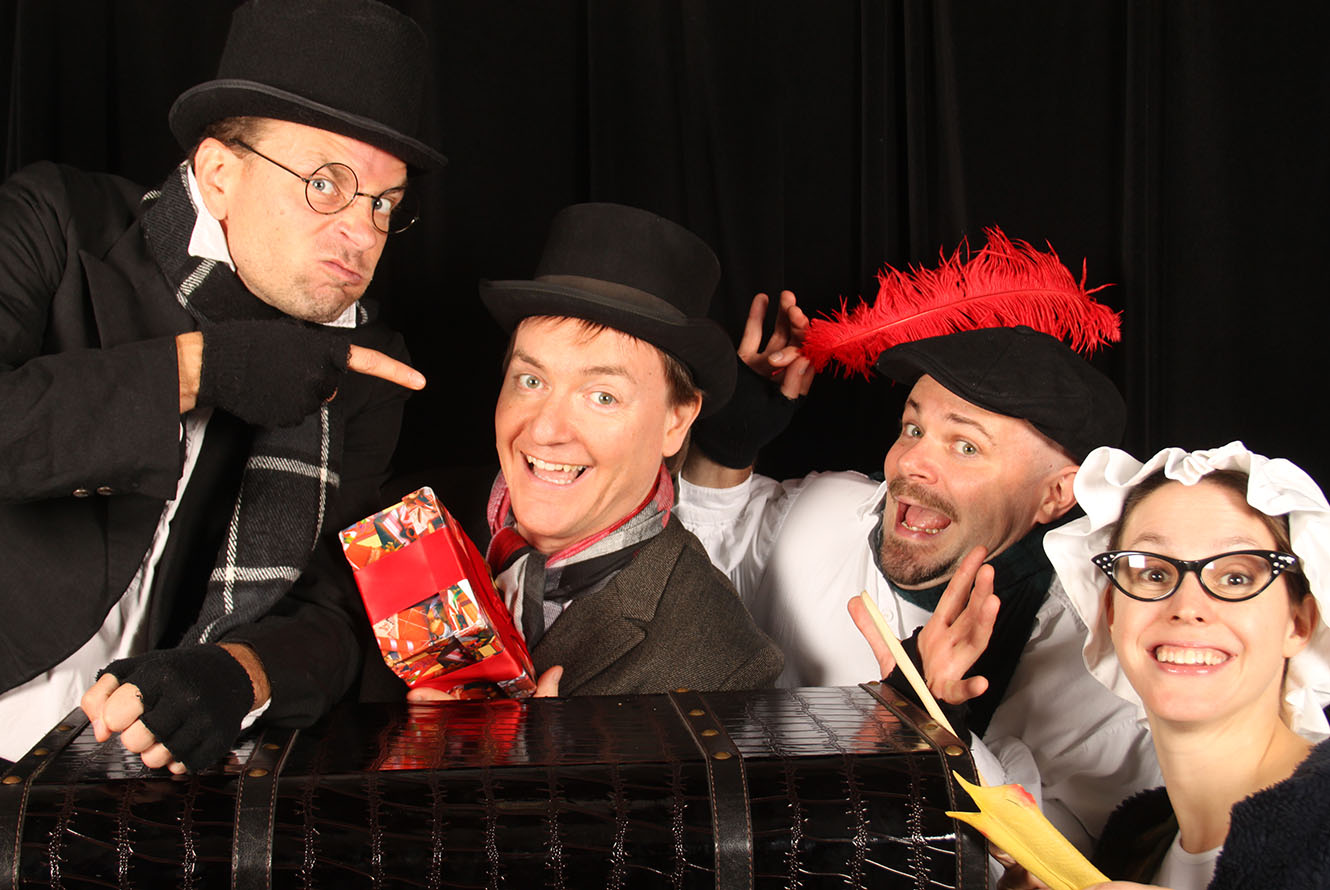 Penny-pinching miser Ebenezer Scrooge is well-known across Victorian London for being far more interested in making money than friends. Above all else, he hates Christmas time and its spirit of giving. But on one particular Christmas Eve, several spirits give Ebenezer the surprise of his life, as they whisk him off on a magical journey through past, present and future, to show him the true meaning of the season. From Fezziwig to Tiny Tim, all the favorites are included in DuffleBag Theatre’s exuberant version of the Charles Dickens yuletide classic! As always, the main parts are played by audience members and the resulting hilarity promises a memorable experience for all! Suitable for the whole family.

The "Nearly World-Famous" DuffleBag Theatre has been performing since 1992 starting at the London International Children' Festival, in London, Ontario. Now based in Toronto, DuffleBag performs over 600 shows a year, across Canada, the U.S., and internationally. There are over 15 different shows in the company's current repertoire, from fairy tales (like Beauty and the Beast, Cinderella, Snow White and Rumplestiltskin), and classic stories (such as Robin Hood, Peter Pan, and The Three Musketeers), to Shakespeare adaptations (like Romeo & Juliet and MacBeth), and holiday-themed shows, (such as A Christmas Carol and 'Twas the Night Before Christmas.)

Dufflebag Theatre In A Christmas Carol