What's On
What's On
Exhibitions and EventsDiyet & The Love Soldiers 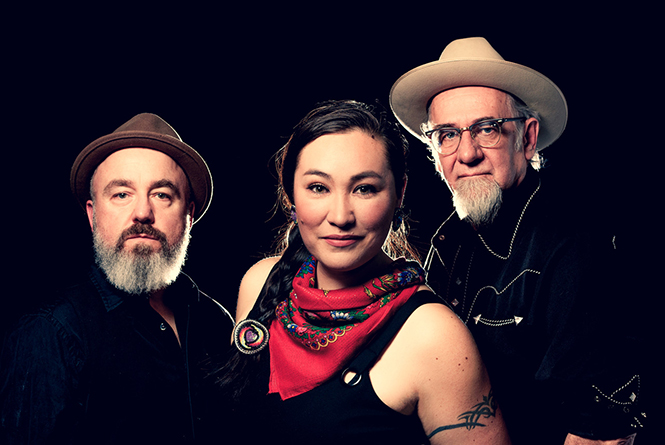 Join Diyet & The Love Soldiers from Burwash Landing via Facebook Live at 7PM as part of the Not Close But Personal Concert Series.

Diyet was born in a tent and spent her childhood on the ancestral lands of the Kluane First Nation people in Canada’s Yukon Territory. Coming from a family rooted in traditions but tempered with a good sense of adventurous hippie attitudes, Diyet has created a musical presence that is as diverse as her Southern Tutchone, Tlingit, Japanese and Scottish heritage.

Diyet & The Love Soldiers is alternative country, folk, roots and traditional with catchy melodies and stories deeply rooted in Diyet’s Indigenous world view and northern life. Diyet sings in both English and Southern Tutchone (her native language) and plays bass guitar. Backed by Love Soldiers: husband and collaborator, Robert van Lieshout and Juno Award winning producer, Bob Hamilton; this trio multi instrumental trio from the Yukon has a sound that can fill a big stage or capture an intimate room.